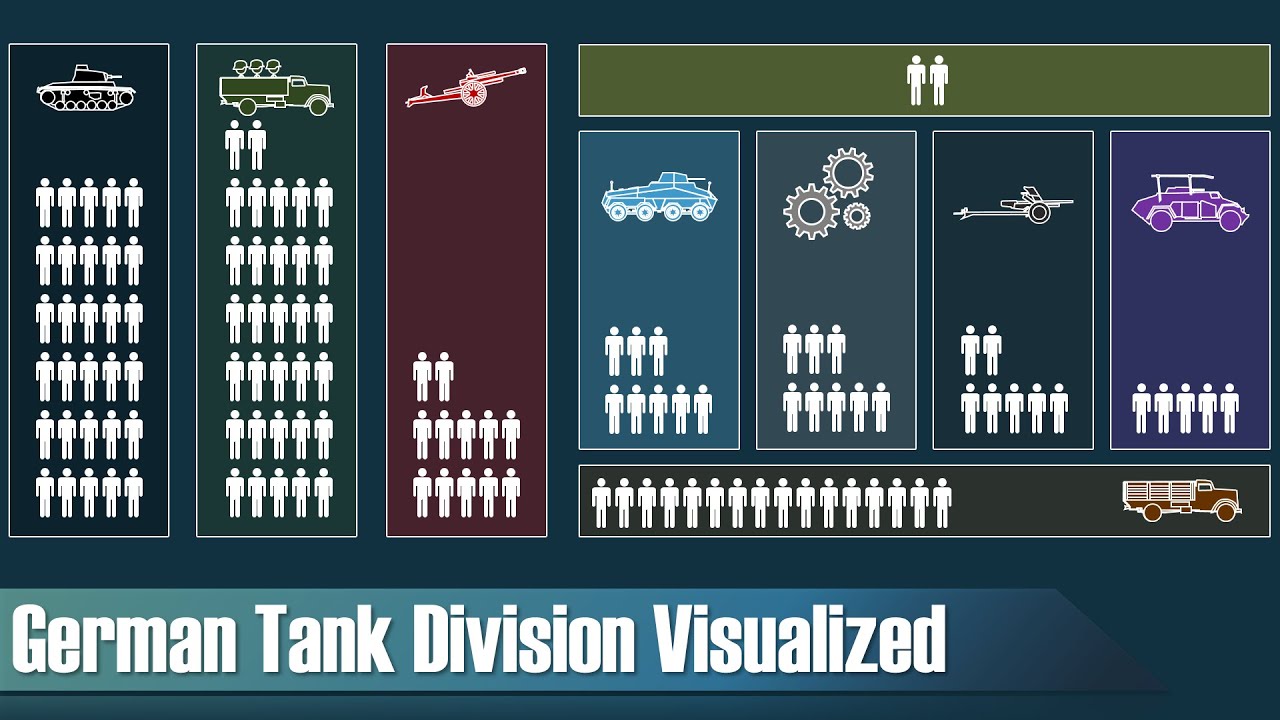 Visualization of a German Panzer Division in 1939 according to the planned outfit for the “1. Panzer Division” (1st German Tank Division) on 1. September 1939 in contrast with the actual numbers.

1st Panzer Division In accordance with the 1939/40 Mobilization Plan

This homepage is from the author of this book (series):